Editor’s note: The United States has been at war for more than 200 of its 245 years of existence. Between the end of WWII and 9/11 – barely 50 years – the U.S. initiated 201 conflicts that ravaged 153 countries and regions. “America: War by another name” is a special eight-part series that explores the sinister motivations for its warmongering. Episode 3 addresses the U.S. conception of implanting democracy.

“You are the light of the world. A city set on a hill cannot be hid.” John Winthrop’s often quoted adaptation from Jesus’ Sermon on the Mount was meant to remind puritan colonists in America in 1630 that their new community would soon become “a city on a hill.” Since then, Americans have trumpeted the idea that their country is a shining nation on a hill offering light to the world and that they are God’s chosen people.

They believe, as American historian Eric Foner observed, that American policies and institutions provide other countries with a model they should follow.

As a multi-ethnic country of immigrants, the U.S. bases its political community on the political-theological mission of saving the world as “a city on a hill.” All U.S. presidents, from John F. Kennedy to Barack Obama, have quoted the phrase from Winthrop’s sermon on Christian charity.

The Mayflower, the ship that carried a group of English settlers to Massachusetts in 1620, enveloped the founding of America with a mysterious hue of Christianity. From the Abolitionist Movement to the Temperance Movement to Roosevelt’s New Deal, Christian movements were the main driver of America’s major social changes. To this day, a political-theological missionary sense rooted in Christianity runs deeply in the country.

On Independence Day in 1821, John Quincy Adams said, “[America] is the well-wisher to the freedom and independence of all. She is the champion and vindicator only of her own.”

This is an accurate representation of a paradox underlying America’s cultural genes. Americans are enthusiastic believers in the exceptionalism of the U.S., which they see as an embodiment of freedom, attributing its success to a uniquely American spirit. In the meantime, they insist that American-style democracy is universal and therefore persistently try to implant it elsewhere in the name of freedom and independence. Other countries or civilizations with different ideologies, values and lifestyles are seen as either enemies that have to be destroyed or backward outposts that need to be transformed. 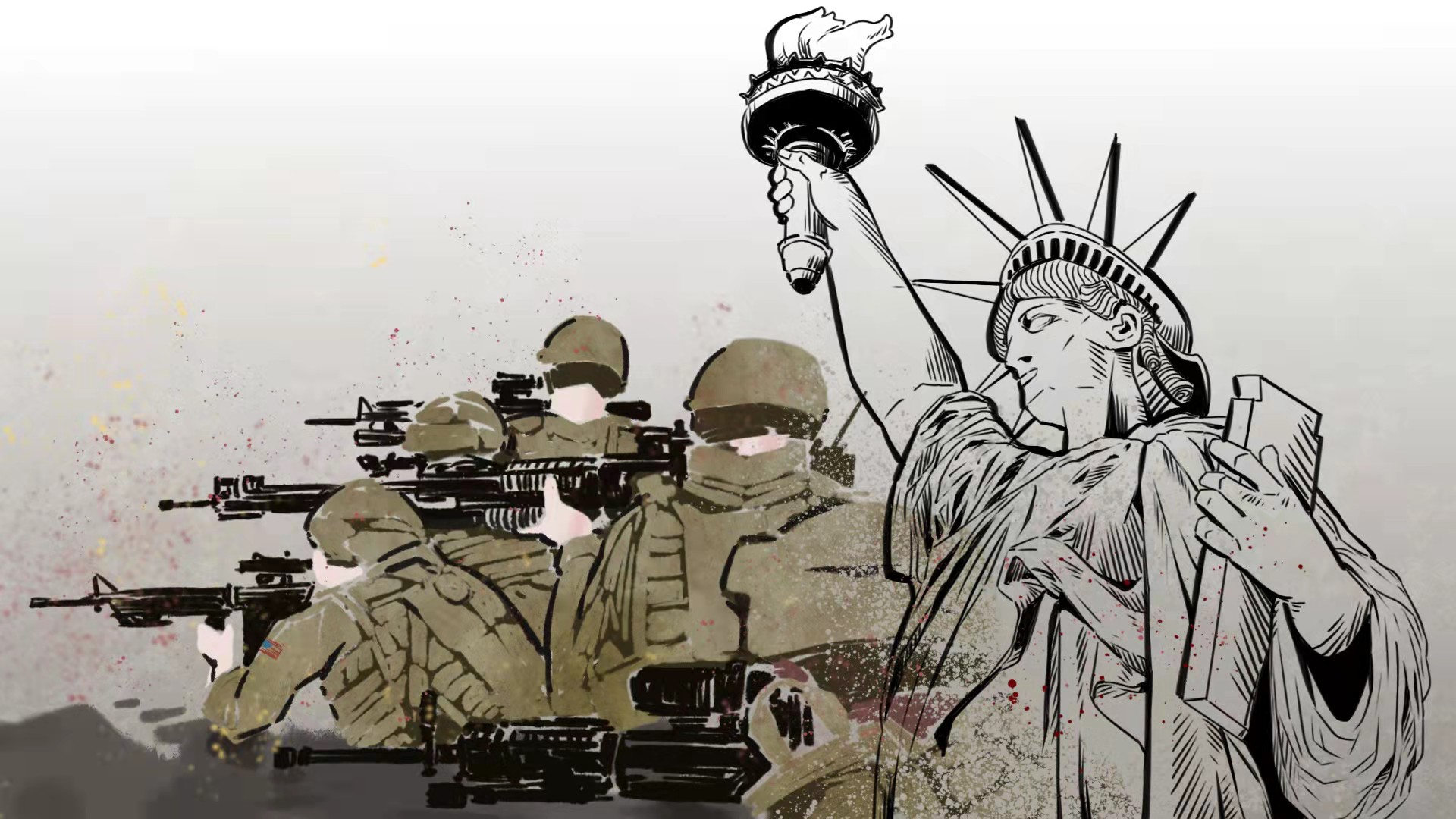 Thanks to this belief that America has a unique and special role to play in the world, the country is always a unilateralist when it comes to human rights and the use of force. It abides by international treaties only when they are in line with its own laws. The notion that America also has a manifest spiritual destiny means that its attempt to export democracy and ideology and dominate the world is packaged as a political-theological mission to save the world.

But thanks to the perception that it is the “champion and vindicator only of her own,” all America has done is to uphold its own interests. Pragmatism is an important philosophical tradition in the United States as well as a reflection of the mentality and behavioral patterns of Americans.

Therefore, despite a widening ideological divide internally, America remains united when dealing with the outside world, especially those it regards as enemies. Zero tolerance for the existence of any rival or threat to the U.S. has been a fundamental social consensus since the country became a global hegemon. The consensus can woo widespread public support when America wages wars on foreign soil. So the creation of a common external enemy, rival or threat can help to shift attention from domestic crises, but also serve to mend internal divisions.

After the independence war, America adopted a capitalist system and began to send black slaves back to Africa. In 1821, it bought land on the coast of West Africa for freed slaves and allowed them to set up their independent country, Liberia, in 1847. Built on barren land, the new nation almost completely copied the American Constitution and political system, gaining the title of “Little America.” This early pioneer in copying America’s democracy nevertheless fought a civil war for over a century after its establishment, until 2003. Plagued by incessant social unrest, Liberia is one of the world’s poorest countries today.

The Vietnam War, the Iraq War, and the Saigon moment in Kabul confirm a track record of abject failure in military intervention and in transplanting democracy. America’s 20-year war in Afghanistan ironically ended with the Taliban regaining power. In 2002, then U.S. president George W. Bush said, “Our commitment to a stable and free and peaceful Afghanistan is a long-term commitment.” In 2021, current President Joe Biden said, “Our mission in Afghanistan was never supposed to have been nation-building. It was never supposed to be creating a unified, centralized democracy.” Such a turn of rhetoric means nothing to Afghans who have suffered a tremendous humanitarian disaster. 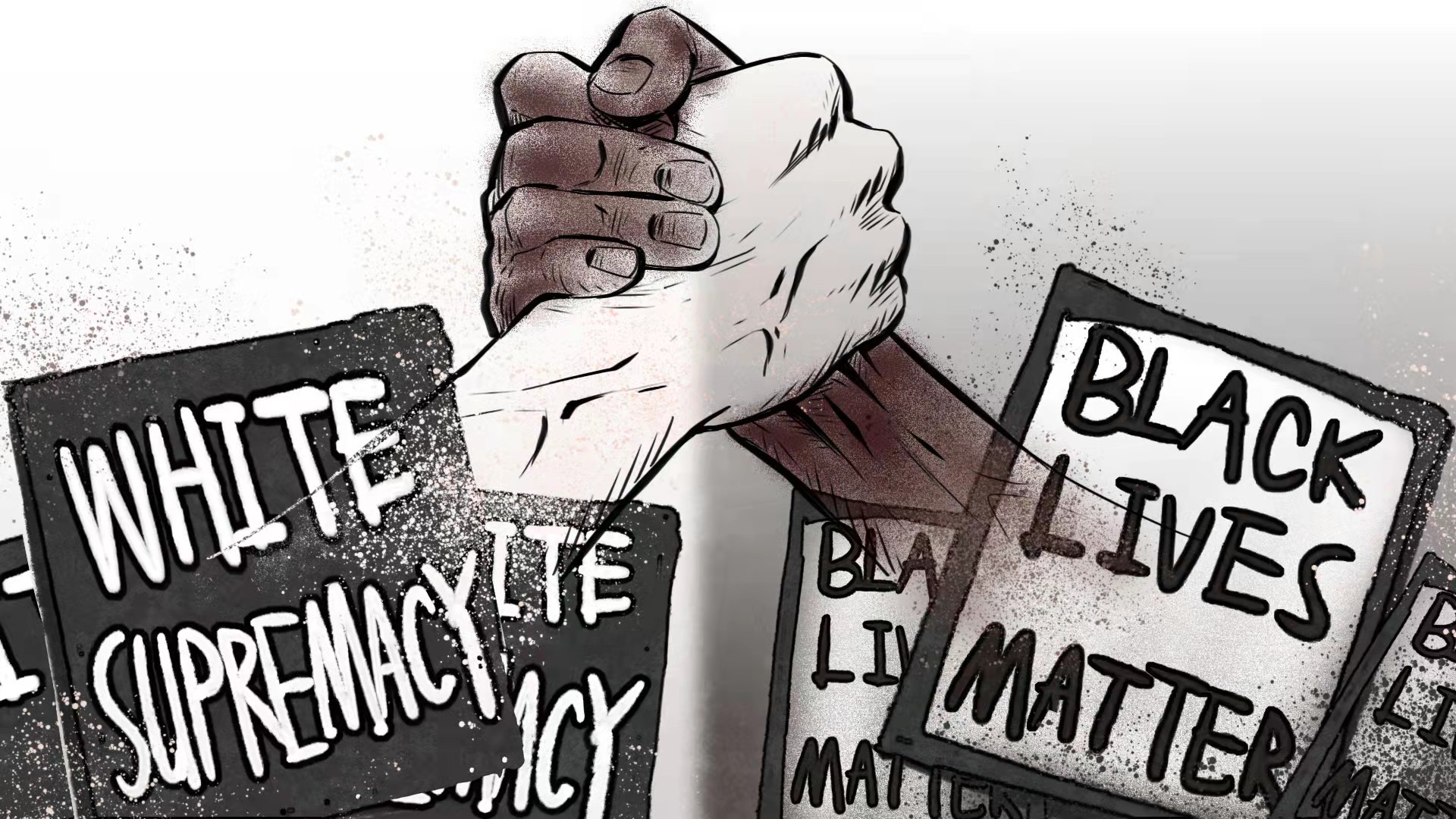 The political theology of exceptionalism has, it should be said, long been challenged by liberals and cultural leftists. This is even more so in recent years as a result of economic globalization, industrial hollowing-out and America’s demographic changes.

From the Charlottesville riot in 2017 to George Floyd’s death in 2020, the U.S. has been plagued by racial violence. This not only triggered protests and riots, but also ignited a culture war or what can be termed an alternative civil war: Some Americans, fearing the loss of white dominance, chanted “take America back” and “you will not replace us” during protests, while others, infuriated by the country’s structural racial discrimination, shouted “black lives matter” and “no justice, no peace.” Confrontation between white identity politics and plural identity politics is escalating throughout the country, heightening divisions on such fundamental questions as “who are we” and “why America is America.”

With conservatives and liberals both wielding identity politics as a weapon to gain greater political power and cultural dominance, civilizational clashes within America are bound to continue and will inevitably and inextricably intertwine with racial and class conflicts and lead to an erosion of Americans’ cultural identity. To some extent, democracy implantation is backfiring on the United States.

(The author, Wei Nanzhi, is a research fellow at the Institute of American Studies, Chinese Academy of Social Sciences)

Afghanistan at crossroads: China’s voice is loud and clear

Why China is being framed in Russia-Ukraine crisis?

The Inspirations of Beijing Winter Olympics for Inter-state Relations

Pakistan to manufacture solar panels locally in collaboration with China

Pakistan May 14, 2022
Islamabad, May 14 (INP): Pakistan will manufacture solar panels locally in collaboration with China in Special Economic Zones (SEZs). This will help to lower the cost...

Pakistan May 13, 2022
ISLAMABAD, May 13 (INP): A memorial service was held to remember the Chinese victims of the recent Karachi University attack, Gwadar Pro reported on...

International May 13, 2022
ISLAMABAD, May 13 (INP): Federal Minister for Planning and Development Ahsan Iqbal will visit Gwadar next week to review CPEC projects  “I intend to visit Gwadar...

A new dawn for Saudi diplomacy

Inas Al-Shahwan sworn in as Saudi ambassador to Sweden

MAKKAH: An artistic and spiritual view

ABOUT US
Independent News Pakistan is among the leaders in online International, Pakistan and China breaking and latest news and information delivery. Staffed 24 hours, seven days a week, we are working hard to provide latest and breaking news updates to our customers and readers world wide.
Contact us: info@inp.net.pk
FOLLOW US
© 2017 Independent News Pakistan | Pakistan Latest, updated, and Breaking News online