The damaged infrastructure is hindering swift delivery of relief goods to some of the worst flood-hit areas in Pakistan due to battered roads and bridges.

According to National Disaster Management Authority (NDMA), floods have badly damaged 12,716 kilometres of roads and washed away 374 bridges across the country.

A spokesperson of the Benazir Income Support Programme (BISP) told WealthPK that far-flung areas of the country were still out of reach because of damaged roads and bridges. He said floods had snatched basic facilities of life from the people of these backward areas, including food, clean drinking water, electricity, and health.

“The floods have caused havoc in Pakistan, mostly in Sindh and Balochistan provinces, severely hitting the poor. Houses, livestock, roads, hospitals and schools have been wrecked in rural areas of the two provinces, with flood victims still waiting for food, shelter and medical supplies,” the BISP spokesperson said.

He said that the government had so far disbursed more than Rs31 billion among the flood victims.

According to the ministry of planning, development and special initiatives, the damage caused to infrastructure and rehabilitation and reconstruction needs may go beyond $30 billion.

The BISP spokesman said that the total number of causalities caused by floods had reached 1,600 and 12,850 people had been injured.

He said rescue and relief operations by NDMA, other government organisations, volunteers and NGOs were underway in the affected areas.

The BISP spokesman said till September 22, 113,411 families had benefitted from emergency cash assistance across the country, including 111,623 families in Sindh, 983 in Balochistan, 545 in Khyber Pakhtunkhwa and 260 in Punjab. 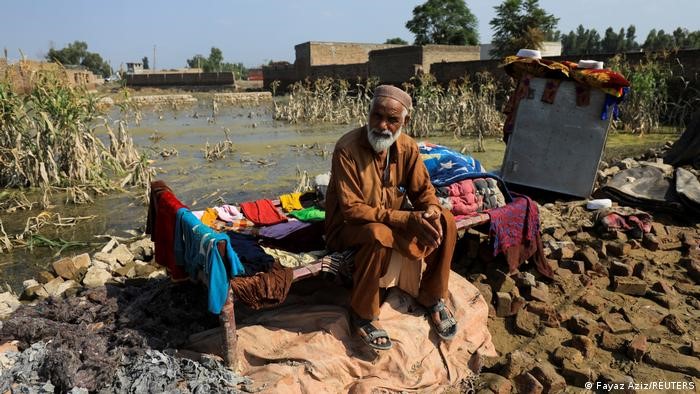 “Families have lost everything in the monsoon rains and floods. The situation is even worse than the devastating floods of 2010. Millions of people need emergency food and humanitarian assistance,” he added.

Faiz Muhammad, a resident of Quetta, said floods had destroyed everything from roads to mobile phone networks to houses and crops in the villages of Killa Saifullah. He said due to damaged roads relief items could not reach these areas. He asked the government to take steps on a war footing to reach flood victims.

Muhammad Israr from Lasbella district of Balochistan said flood water still stood in various areas, making it difficult for the authorities to dispatch relief items to the victims. He said there was no way to drain the flood water. He said waterborne and skin diseases were rapidly spreading in these areas. He said 12 people had died from bites by lethal insects. He requested the government to drain water from these areas and also carry out fumigation there.