JS Bank Limited’s net markup/interest income climbed to Rs6.6 billion during the first six months of the calendar year 2022 as against Rs5.8 billion over the same period of 2021, registering a growth of 13%.

Similarly, the non-markup interest income increased 7% to Rs2.5 billion during the period from Rs2.3 billion the previous year.

The net investments of the bank increased 41% to Rs326 million from Rs231 million in the corresponding period the previous year.

The bank posted an after-tax profit of Rs426 million during the first half of CY22 compared to Rs570 million over the same period of CY21, posting a negative growth of 25%, reports WealthPK. 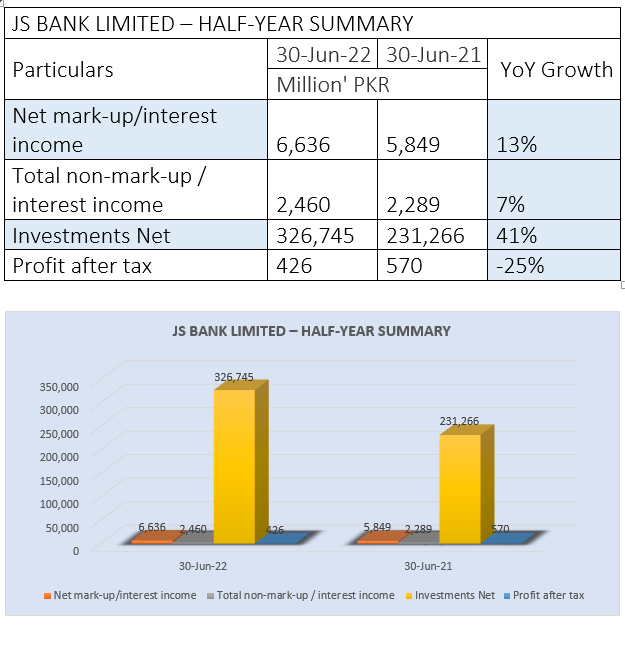 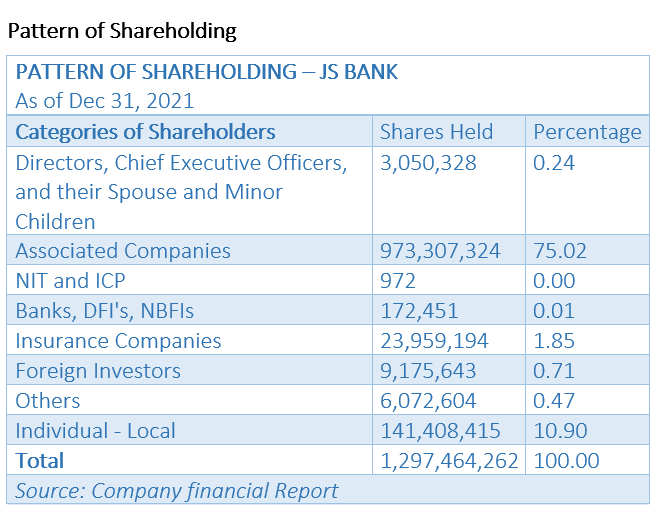 JS Bank’s net investments showed mixed trends during recent years. The bank posted the highest net investment of Rs231 billion in 2021. The deposits of the bank showed steady growth during recent years and the highest deposits of Rs460 billion were received in 2021. The bank’s gross markup income, however, decreased in 2021 to Rs39 billion from Rs43 billion in 2020. 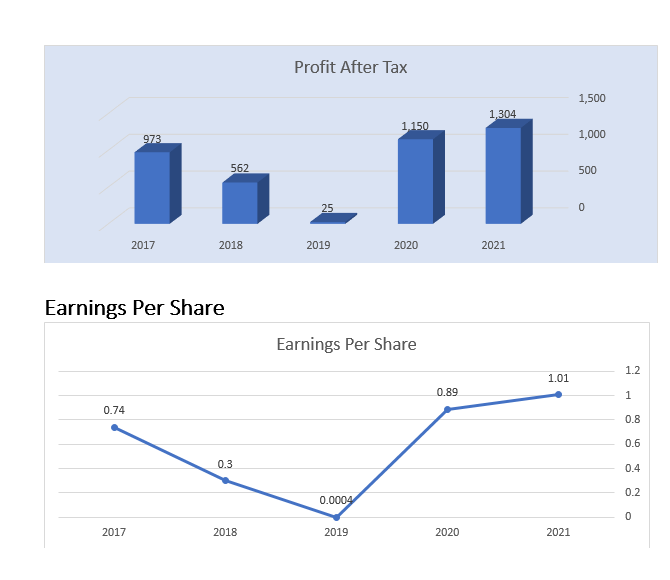 The earnings per share of the bank kept a decreasing trend from 2017 till 2019. In 2020, the EPS showed growth and reached Rs0.89. It further improved to Rs1.01 in 2021. JS Bank Limited was established in Pakistan as a public limited company on March 15, 2006. The bank is engaged in commercial banking and related services.