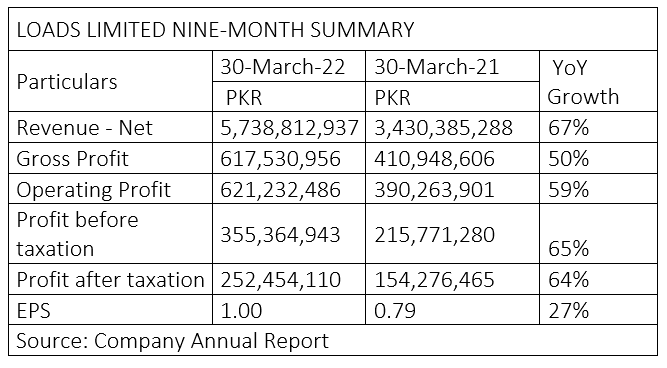 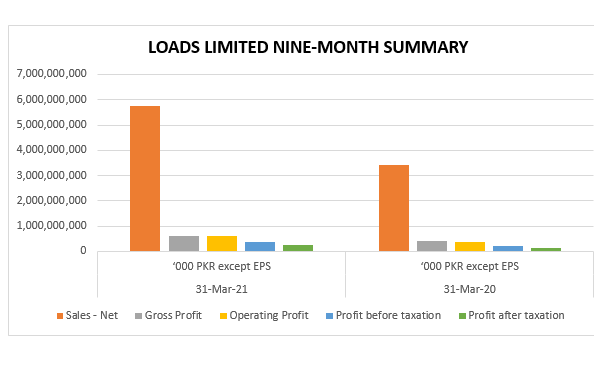 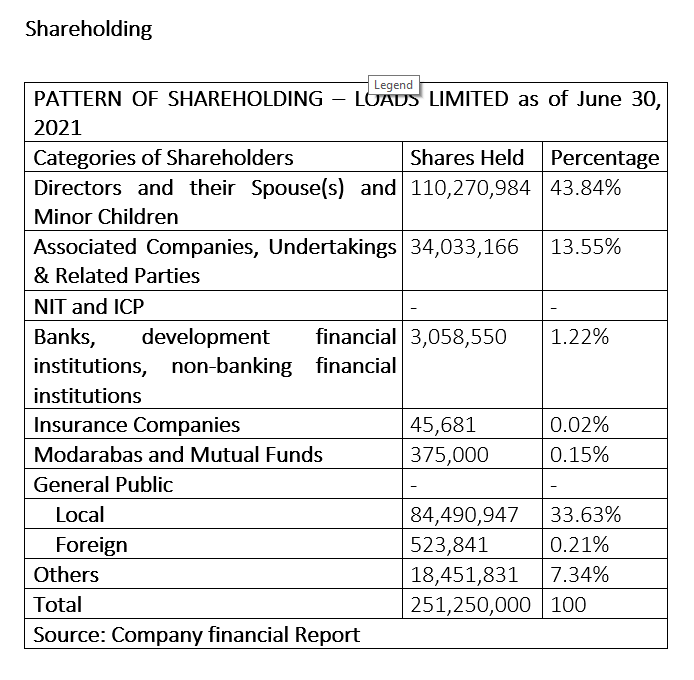 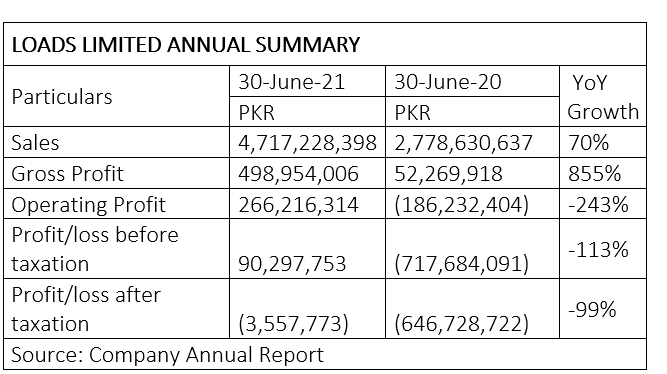 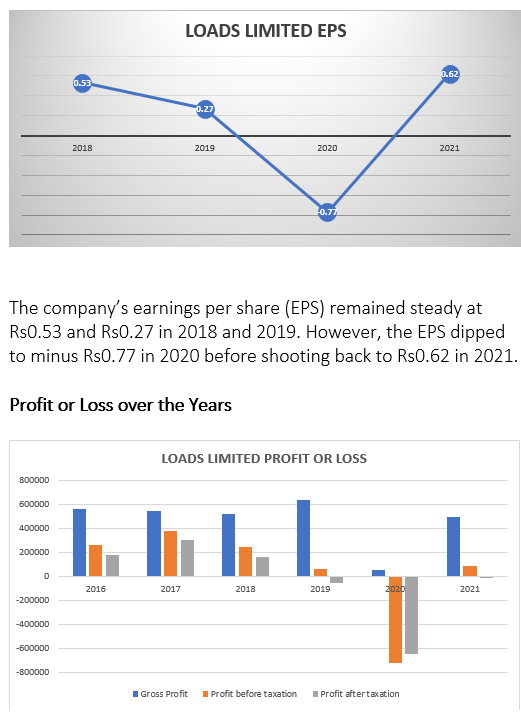 The company’s profitability – gross profit and profit before and after tax – remained depressed in 2020, but improved in 2021.

In 2021, the gross profit showed a significant increase as compared to 2020.

Loads Limited was incorporated in Pakistan in 1992 as a limited liability under the Companies Ordinance, 1984, (now Companies Act, 2017). The company is engaged in manufacturing and sale of glass containers and float glass.