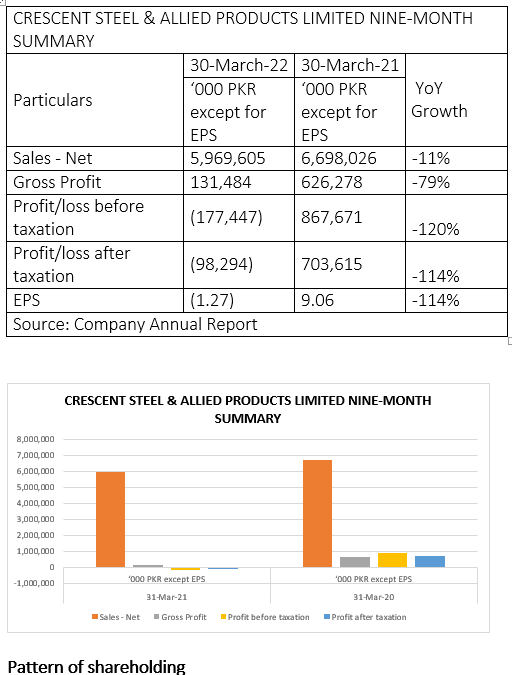 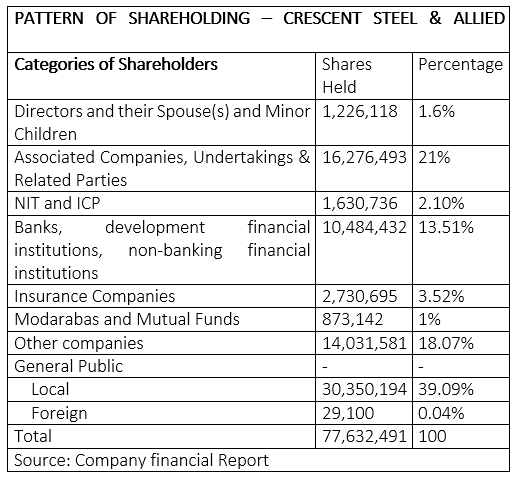 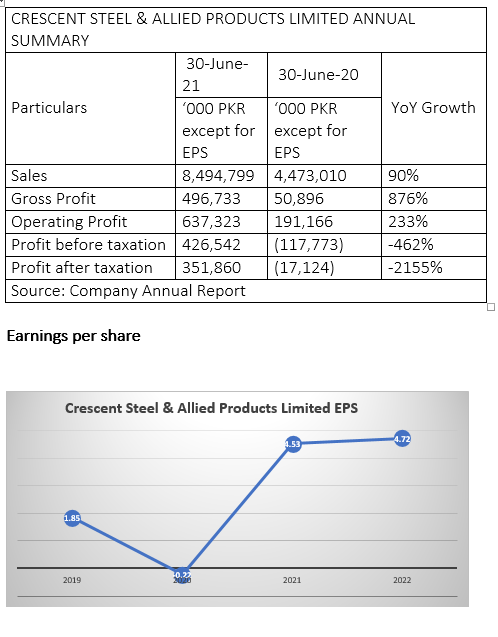 Profit or loss over the years 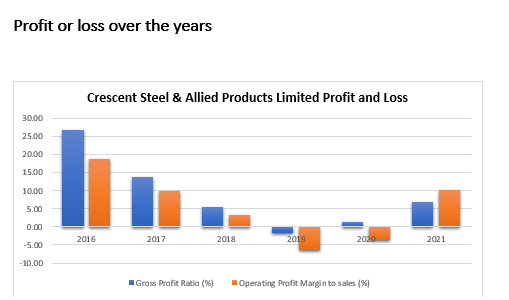 The company’s profitability – gross profit ratio and operating profit margin to sales – remained robust in 2016 with some declines in 2017, but then the profits started declining. In 2019 and 2020, the profitability remained depressed, but improved in 2021.

Crescent Steel and Allied Products Limited was incorporated in Pakistan on August 1, 1983, as a public limited company under the Companies Act, 1913 (now Companies Act, 2017).